Today, the garage is a common amenity in most modern homes. This was not always the case, though. The garage is actually only about 100 years old. Like most architectural inventions, it has an interesting history.

Where Does the Name Garage Come From?

The word garage is derived from the French word “garer”. Appropriately, this word means “shelter.”

Why Were Garages Invented?

Pre-automobiles, it was not uncommon for families to have a type of detached shelter from the home to house their carriages. A carriage house was nothing fancy, and some people even stored their carriages in the barns with the horses.

Automobiles were considered to be such a luxury item that most people couldn’t stand the thought of housing their auto in such a way. The first automobiles were also not made to be very durable, so exposure to weather would be destructive.

Although for a few years, many people simply put their vehicles in the carriage house or barn, it quickly became apparent that this was not a good arrangement.

Architects began adding an attached storage shelter for vehicles at the request of vehicle owners. By 1912, the structures were popping up everywhere and were being called the “garage.”

Because not everyone could have a brand new structure built, some towns started creating community garages where auto owners could house their vehicles safely. They could simply rent space. Garage managers would watch over the vehicles, and in some cases, even provide basic maintenance. This is also likely where the modern mechanic was born and the idea of the auto shop.

The original garages were nothing like what we have today. Most garages were very small and were used exclusively for vehicles. Nothing else was stored there. This is a far cry from the modern family garage, which actually rarely sees a vehicle but rather becomes a catch-all of family storage.

Another big difference has been the evolution of garage doors. The original garage doors were awkward and difficult to maintain. The first overhead door was the invention of C.G. Johnson. Mr. Johnson was also responsible for inventing the first electric garage door.

With the addition of electricity and better door security, families started to view the garage as a true extension of the home with more possibilities. Garages became workspaces and storage spaces.

Today, the garage is a vital part of most homes, providing storage space as well as a safe spot to park the family car, sometimes. 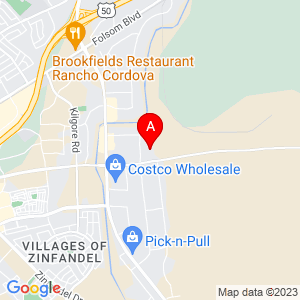 Leave Us a Review